Across SA businesses were hit hard by severe load-shedding at the end of 2019, which reached stage six for the first time. Any hope that our load-shedding woes may be over were shattered as those returning to work in the new year were greeted with stage two load-shedding.

The fact is that this will impact on the bottom lines of businesses, affect the economy negatively and possibly result in further job losses. The World Bank has cut SA’s growth forecast to below 1% due to load-shedding.

There are already 10-million people in SA who do not have jobs or have given up looking for jobs. It is therefore imperative that we do all we can to limit the impact of load-shedding on businesses in the Western Cape.

The provincial government has already taken a number of actions to mitigate the effect of load-shedding on the provincial economy and build energy resilience. Together with the City of Cape Town, we are working to build an energy secure province by diversifying our energy mix through the uptake of sustainable and low-carbon energy sources.

Over the past decade the Western Cape and Cape Town governments have supported the development of the green economy. We have been working to establish an enabling environment for investment in renewable and sustainable energy through partnerships with stakeholders such as GreenCape and Wesgro.

About 60% of SA’s utility-scale project developers, and 70% of SA renewable energy manufacturing, takes place in the Western Cape, with billions of rand of investment into this sector. With the establishment of the Atlantis special economic zone for green technology the Western Cape is cementing itself as Africa’s green economy capital, with the infrastructure that will allow for alternative cleaner energy supply in future.

A key element of our work has been to drive the uptake of solar photovoltaic panels (PV). We are doing this in two ways: first, the Western Cape government has engaged every municipality in the province to enable residents and businesses to install solar PV, by providing support on the necessary policies, bylaws and tariff structures.

We have had great success in this regard. In 2015 only two municipalities allowed small-scale embedded generation (SSEG — solar PV connected to the grid under 1MW). After the province worked with municipalities, 23 of them now allow SSEG and 19 of these also have regulator-approved feed-in tariffs (where a business or homeowner can be financially compensated for feeding excess electricity back into the grid). This has led to about 112MW of SSEG being installed across the province to date.

The city is a major player in this regard, with a strong SSEG emphasis and an SSEG feed-in tariff to encourage the growth of small-scale embedded generation. The city has been working hard on getting systems registered and authorised in terms of its bylaws and national codes, which will then feed into a national registration system once in place.

Second, we have held one-on-one engagements with CEOs of businesses interested in installing solar PV. More than 60 businesses have already been visited, with more than 60% of these subsequently deciding to install solar PV, including the development of the first floating solar PV system in the country. This support to business will continue.

Furthermore, we have been promoting the importation of liquefied natural gas (LNG) into the Western Cape via Saldanha Bay since 2012. We feel that LNG can play a critical role in our energy mix as it assists in balancing the variability of renewable energy. Natural gas will also replace dirty industrial fuels, reducing pollution and greenhouse gas emissions.

Investment in LNG infrastructure will be a driver of SA’s re-industrialisation, and could be a critical catalyst to the Western Cape economy.

Part of our work has been a recently completed study, funded by the US Trade and Development Agency (USTDA), to assess the feasibility of importing LNG at Saldanha Bay and developing gas storage, transmission, and distribution infrastructure along the West Coast corridor of the Western Cape. The study found that the importation of LNG to Saldanha Bay will be economically and financially feasible. Based on the promising results of this feasibility study, I wrote to energy minister Gwede Mantashe, asking him to initiate the gas independent power producer programme as a matter of urgency, and to ensure that Saldanha Bay is identified as one of the sites for gas importation.

As a provincial government we are also leading by example by reducing electricity consumption in our own buildings by 13% since 2015, resulting in our energy consumption being 38% below the industry benchmark. We have also invested more than R40m in solar PV on provincially owned buildings, which is  expected to result in a cost saving of 10% a year.

An element in the drive for energy security has been the diversification of energy sources. The city has gone to court to secure the right to buy power directly from independent power producers (IPPs). Just this past week the city announced that it is seeking permission for an expedited hearing in their case against the energy minister and the national energy regulator.

To ensure load-shedding is managed optimally the city has designed and implemented a clear, equitable and transparent load-shedding schedule with a high level of accuracy, which is easily accessible on its website. City teams work hard to restore any secondary outages that are caused by load-shedding. This means businesses can have confidence in the scheduling and plan accordingly.

The city continues to engage large energy-consuming customers regarding load curtailment options in certain areas, to lessen the extreme affect load-shedding has on the economy and livelihoods. This curtailment programme allows customers in certain curtailment areas not to be shed if they are able to reduce their load on request for the full load-shedding period. While curtailment is only possible in the lower stages of load-shedding (that is, stages one and two), it is an effective way to keep the power on in areas where many people are employed.

Apart from large internal electricity savings achieved in its operations, the city’s programme to roll out light-emitting diode (LED) technology in street lights has resulted in about 820km of roads being retrofitted across the metro, with an energy saving of about 40%. Additionally, all of the city’s traffic lights have been retrofitted with LEDs or energy-efficient bulbs.

These are just a few examples of the initiatives taken by the Western Cape government and City of Cape Town to build energy resilience to support growth and jobs during load-shedding. Given the instability of the national grid, we will continue to prioritise energy security until such time as we are deemed to be fully energy resilient in the Western Cape.

I am committed to continued engagements with Cape Town and businesses in the province to drive energy resilience so that we remain “open for business”, and together continue to grow the economy and create jobs in the Western Cape.

This article originally appeared in the Business Day on 13 January 2020. The original can be found here.

Let’s collectively help thee country to avoid power cuts in future. Here are 16 tips that will help you save on your energy bill & power usage

Cape Town Virtual Energy Festival shows households how to use less, reduce costs and live sustainably . Cape Town households are encouraged to take part in a range of virtual events over the coming weeks and months aimed at helping you save money and create more sustainable lifestyles. The events are… 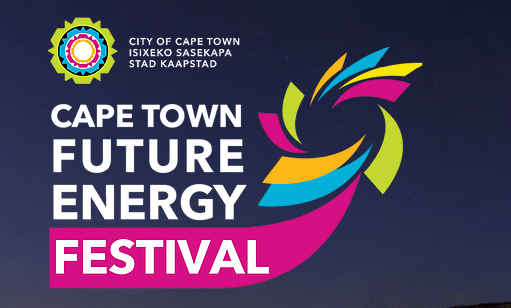