Home Blog Not every turtle makes it: What did Marcel the green turtle try to teach us about the dangers facing the ocean?

Not every turtle makes it: What did Marcel the green turtle try to teach us about the dangers facing the ocean?

Sea turtles have long been one of the ocean’s greatest ambassadors, inspiring folklore tales, beautiful indigenous works of art, and modern love across social media. The conservation team of the Two Oceans Aquarium Education Foundation has the wonderful opportunity to be able to work with, and often save, many of these beautiful animals. But, they also have to face the reality of the human-made threats that sea turtles face every day.

On 12 June 2020, Estelle, a Grotto Bay local, was paying respects to her late husband near the sea when she spotted what she believed to be a dead sea turtle tangled in a discarded fishing.

When she approached, she saw that the turtle was in fact alive and moving weakly, and immediately contacted Tracy, the Foundation’s Turtle Rescue Network Coordinator who arranged transport to the sea turtle rehabilitation centre at the Aquarium.

This young turtle, who was named Marcel in remembrance of Estelle’s husband, was an approximately 5kg green sea turtle with an estimated age of about 3 years. Green sea turtles are endangered, and ghost fishing nets, like the one that entangled Marcel, are by far one of the main dangers that face these animals once they have outgrown their hatchling phase.

Upon arrival at the rehabilitation centre, Marcel was given basic stabilising care and his wounds were inspected. Unfortunately, his back flipper, where the net had wrapped around him, had had its blood flow completely cut off and was entirely gangrenous. Two Oceans Aquarium veterinarian Dr Brandon Spolander, together with the conservation team of the Foundation, immediately set about to amputate the necrotic flipper – something that was necessary if this turtle was going to survive.

Sea turtles can still be highly mobile and have a good quality of life in the wild with only three flippers, particularly if the removed flipper is a back one, as was the case for Marcel. Although the surgery went according to plan, and we were initially optimistic about Marcel’s prospects for successful recovery and release, this little turtle did not wake up from anaesthesia, despite seven hours of ventilator and post-operative care. As is the case with any life-saving surgery, there is always the risk that the patient does not recover, and this risk applies to animals too. It’s always sad to lose a patient, but we know the veterinary team made the right call to amputate the flipper to control infection.

“Marcel’s story makes me super sad, because despite him being an incredibly strong turtle and despite us doing our best to try and help him, we as humans gave him too many battles to face. Turtles just can’t do it, they are strong but they can’t win against the burdens we put on them by polluting the ocean.”– Talitha Noble, Two Oceans Aquarium Education Foundation Conservation Coordinator

A post-mortem examination was conducted on Marcel the turtle, to determine the cause of death, and it was found that his gut was already necrotic – the infection had already spread from his flipper and the damage was too extensive for this turtle to ever recover.

This autopsy also revealed another sad problem – Marcel’s stomach contained 67 pieces of plastic – bits of hard microplastic, pieces of rope, clothing fibres and plastic shopping bag fragments. Although ingested plastic was not the cause of death in the case of Marcel, the sheer quantity of plastic we found was alarming. These must have been fragments of plastic that he had consumed along the South African coastline before becoming entangled in the ghost fishing net.

Little Marcel suffered from both of the greatest risks that sea turtles face in our oceans: ghost fishing nets and plastic pollution. His death was completely unnecessary, and preventable.

Globally, the call to reduce and eliminate common plastic litter items that end up in the ocean is growing. Initiatives, like Plastic Free July, which call on consumers to become more aware of the choices they make, are often championed by sea turtle mascots – these animals really are the ocean’s best ambassadors when it comes to plastic pollution, and they are also, unfortunately, among the worst-hit victims.

Over the last decade, joint efforts between the Two Oceans Aquarium and the Two Oceans Aquarium Education Foundation have resulted in the successful rehabilitation and release of more than 600 endangered sea turtles, and have bolstered a far larger sea turtle conservation programme which was initiated by world-renowned conservationist Dr George Hughes in the 1960s. We have many turtle rehabilitation success stories to tell, such as those of Yoshi and Alvi, and the hundreds of recovered hatchlings, but we also see about 20% of our little turtle patients not surviving, and this is mostly due to the negative impact of plastic pollution.

There’s one sad lesson we’ve learned in this time though: Almost every turtle we help rescue has eaten plastic.

It is our hope that the story of Marcel, the green turtle, will remind and encourage people to be more responsible when it comes to their use of single-use plastic items, and that reusable items are chosen instead of disposable options wherever possible.

About our turtle conservation programme:

We are in awe of the incredible public support that our sea turtle conservation programme receives – from the volunteer drivers to bring the turtles to the rehabilitation centre, to the donors that keep our growing hatchlings fed. Without the kindness and care of people, stranded sea turtles have zero chance of survival, as they are always compromised, dehydrated and very cold, and cannot go back into the ocean without specialised rehabilitative care first. We also rely on people to be inspired by these amazing animals and to re-think problem plastics and contribute to keeping the ocean plastic-free.

The Two Oceans Aquarium Education Foundation is the non-profit and public benefit partner of the Two Oceans Aquarium in Cape Town. Our work is entirely focussed on environmental education, conservation, research and awareness. We currently have 26 sea turtles in our care, from 100g babies to the newcomer Luis, a large 90kg loggerhead male that was found floating off Hout Bay.

If you would like to learn more about the work done by the Two Oceans Aquarium Education Foundation or make a donation to support sea turtle rehabilitation efforts, you can learn more here.

Please see the table below for a list of recyclable goods and guidelines for recycling them. MaterialsGuidelinesPaper, cardboard, milk and juice cartonsSeparate white office paper from magazines and newspapers.Flatten cardboard boxes to save space.Store paper and cardboard inside to avoid it getting wet.Milk and juice cartons should be rinsed thoroughly,…

05 August 2020 The global COVID-19 pandemic has made its presence felt on Small, Medium and Micro Enterprises (SMMEs). For this reason, the City of Cape Town remains committed to supporting SMMEs to combat the economic impact of COVID-19. SMMEs form the backbone of the city's economy, making up the…

Cape Town has recently been named one of the world’s most eco-friendly travel destinations in a Tourlane survey. While many parts of the world have been in lockdown during the COVID-19 pandemic, some are now recovering well enough to ease travel restrictions. If you’re planning a future getaway, look no further than your own… 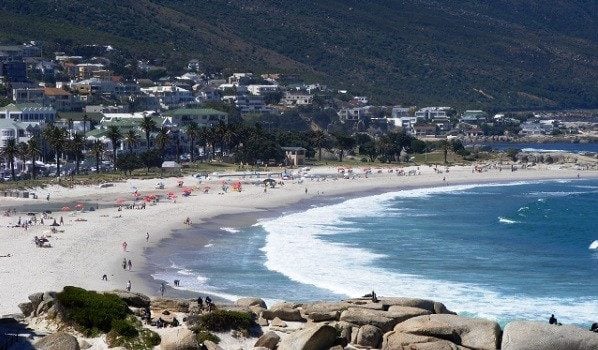